The picosecond laser machine is used for tattoo removal, pigmentation removal, and carbon laser facial treatment. It is a device that uses imported 7-joint laser arms for all kinds of facial pigmentation and treatments. The 1064nm laser directly penetrates the target pigments without damaging surrounding tissues.

The energy of the Picosecond laser can be absorbed by the blue and black melanin. The melanin will be fragmented so small that it can be metabolized by the lymphatic system or digested out of the body. Thus the tattoo or other pigmentation will be removed without damage to the normal tissue. The treatment is safe and convenient without downtime and side effects.

Pico laser technology is one of the most advanced laser treatments currently available on the market. It delivers effective, permanent results in fewer sessions than comparable options. The whole procedure is non-invasive and non-surgical, it is safe, needs minimal requires minimal downtime, and can be used across the entire face and body. With Dual lamps and dual yag bars, our pico laser could perfectly treat unwanted pigmentations and tattoos. 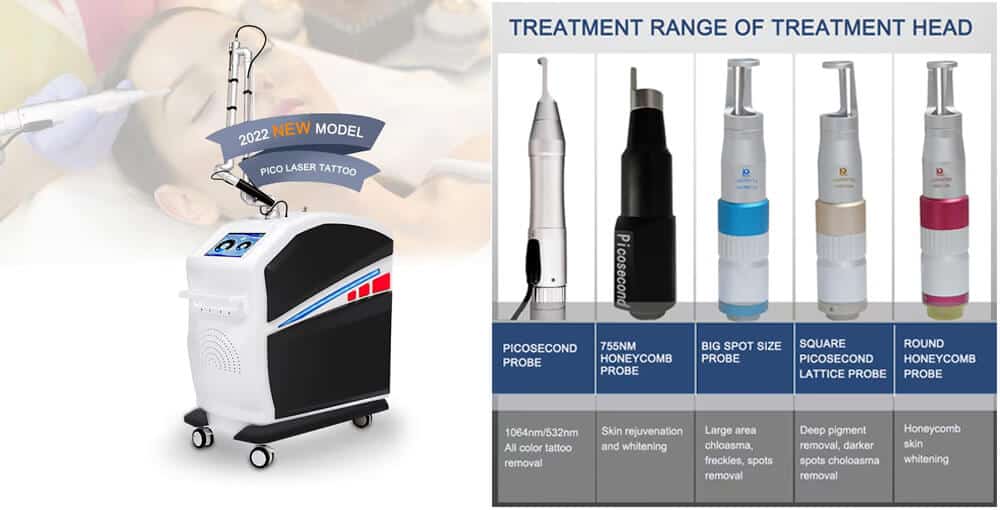 What is a picosecond laser machine?

Pico laser machine is the most effective and fastest way to treat skin imperfections, such as age spots, sun spots, melasma, and acne scars, as well as treatable tattoo inks. It is a non-surgical, non-invasive laser skin treatment.

Pico laser also works effectively at enhancing elastin production. At the same time, the procedure contributes to boosting collagen production as well. Together, enhanced levels of elastin and collagen tighten and improve your skin. In turn, you can enjoy a healthier, smoother, and younger appearance that glows free of any imperfections.

Its ultra-high specification can achieve the optimal photomechanical effect – which helps to increase the speed at which the laser shatters tattoo pigment particles. Ultimately, this helps to reduce the number of treatments necessary. 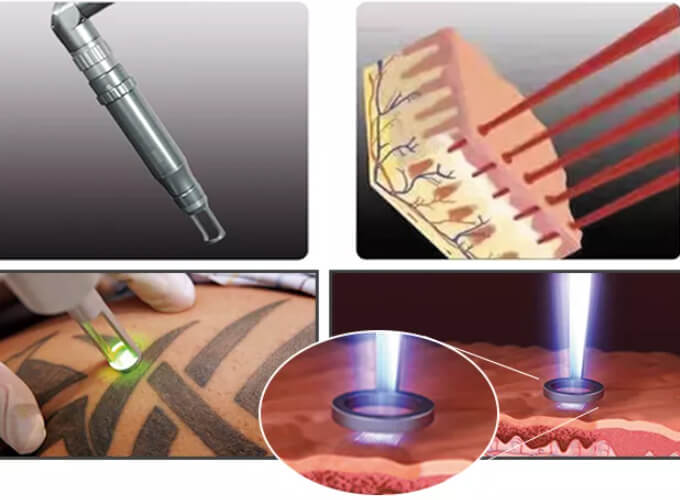 How does the pico laser machine work?

The Pico laser works by sending ultra-short pulses of energy – without heat – to targeted problem areas. The laser’s impact on the skin is intense, shattering the problem skin pigment or particles. These are then eliminated naturally by the body.

The pigment absorbs the Picosecond Laser and accurately breaks the pigment into “sand ” without effect to surrounding tissues. Sanding pigments are drained out of the body by metabolism.

The Pico laser is extremely precise, allowing the practitioner to achieve the optimal photomechanical effect. Although its pulses of energy are highly concentrated, the laser’s effect is gentle to the outer layer of the skin. Pico treatments do not burn the skin – patients typically experience very little or no discomfort during the course of their treatment.

Picosecond laser and nanosecond laser are both used for the laser tattoo removal and pigmentation removal treatments, so what is the difference between them?

Picosecond laser uses a very short pulse, the generated photo-mechanical blast target pigment particle, making its volume expansion instantaneously and resulting in the breakup of the target into micro-particles, which is much easier for phagocytes to clear.

The pigment is “shattered” into finely granular via focused energy, which is more likely to be absorbed by the body’s metabolism. Picosecond laser minimizes the side effects of thermal effects and can achieve the goal of almost solving all kinds of pigment spots.

Q-switch laser has a pulse width of 5ns or more, its photo-mechanical blast is not efficient compared to Picosecond laser, it creates large particles, and with long pulse width, scattering energy goes toward surrounding tissue, resulting in risks of thermal damage.

Therefore, the Picosecond laser provides a more effective and safe treatment than the Nanosecond q-switch laser.

Our picosecond laser facial machine is high quality with the following advantages:

A good laser emitter decides the power, results, and lifespan of a pico laser device. 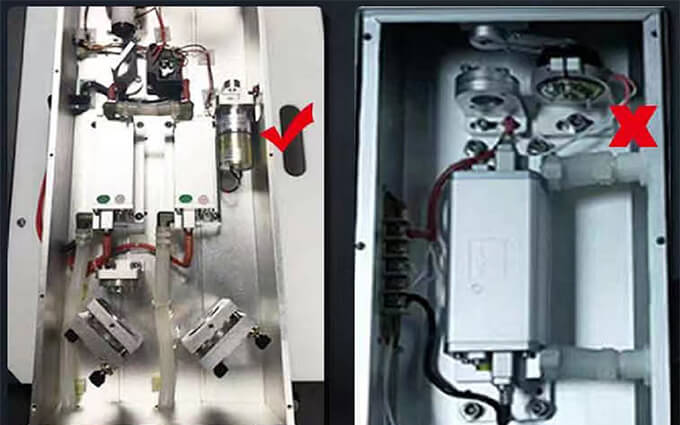 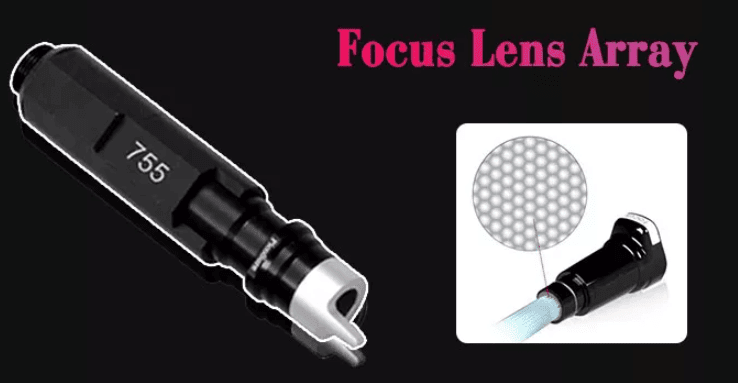 What does a picosecond laser machine do?

The picosecond pulse is more than just protecting the surrounding tissue from heat shock, it transfers larger energy into the target structure breaking up the pigment and bringing it into even smaller re-forms faster for the body and are more easily degradable.

This effect is not only used for tattoo inks but also for many other indications like: 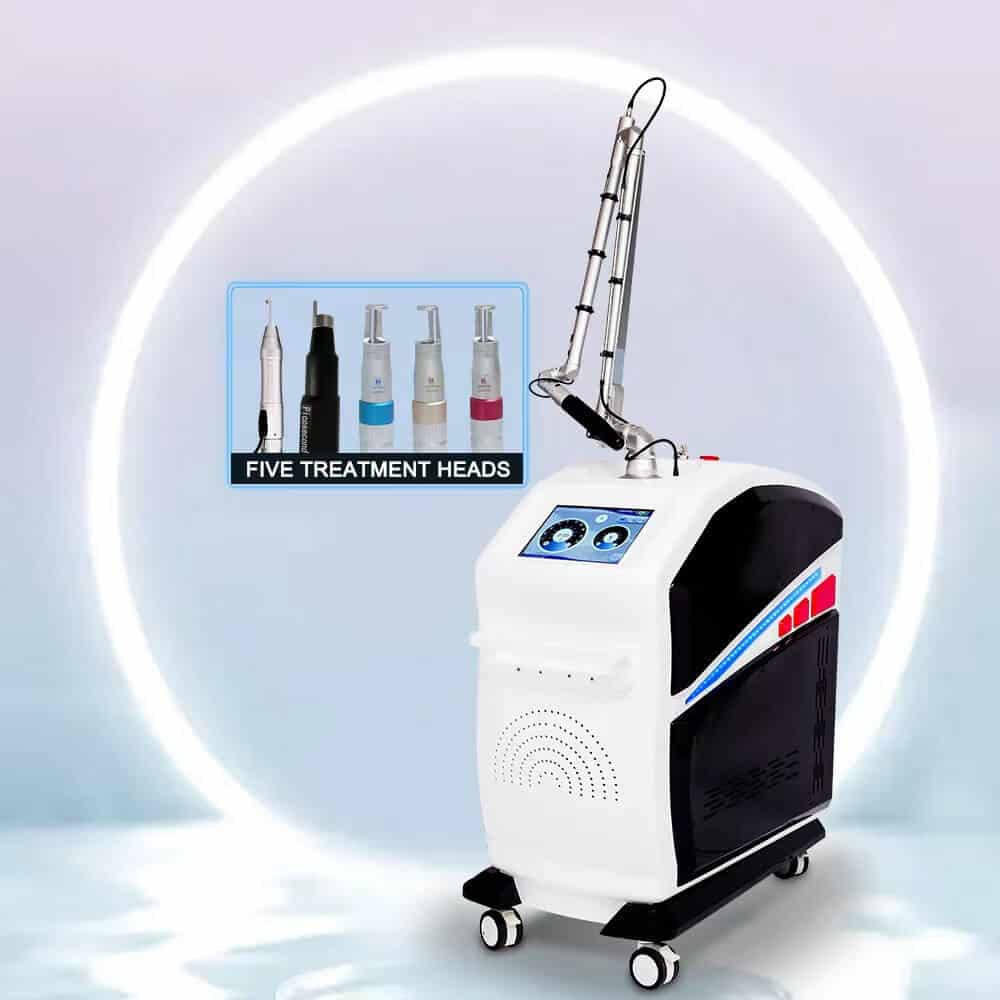 How long does picosecond laser last?

The picosecond laser is a revolutionary laser technology due to its much-shortened pulse duration of just 1012 seconds. Laser treatments on the skin of color may result in unwanted side effects, such as postinflammatory hypo- or hyperpigmentation or even scarring.

What is a picosecond laser machine used for?

Pico laser is a laser that targets the pigment (melanin) produced by our skin. It has the ability to treat melanin in all skin types (including those with darker skin).

All lasers work by having tissue targets (chromophores) and the chromophore for picosecond laser is melanin, in other words, the light energy is preferentially absorbed by melanin. Traditional long pulsed lasers work by selectively heating up melanin to the point of damage.

How long does pico laser last?

You can anticipate the effects of your first round of treatment to last for a long time. Most patients should expect to see the benefits of Pico laser treatments for at least 6 months before they start to disappear.

Pico laser is the only treatment for treating acne scars. Pico laser machine has a unique method of delivering concentrated energy in short bursts. These energy bursts break apart the scar tissue into tiny pieces, which your body then reabsorbs naturally.